You are here: Home / Uncategorized / THE SECRETS OF CONFIDENCE

Within each woman & man, the dim cavern of unconscious holds our forbidden feelings, secret wishes, and creative urges. Over time, these “dark” forces take on a life of their own. Forming an intuitive recognizable figure-the shadow” Connie Zweigh Romancing the shadow.

What would be your reaction if I told you that deep inside of you, there’s a hidden treasure, full of gold, silver, & even diamond ?

However, in order to get there, you would have to find 7 keys that refers to 7 doors which lead to this treasure, each key is in a different place (I know, it sound like PS4 video-game).Then, you would have to face a fierce guardian who received an order to never let anybody in (including YOU, the owner of the treasure) & to defend it till death. 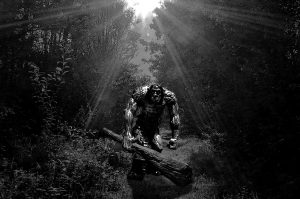 THE SHADOW AND THE SERCETS OF CONFIDENCE:

But did you know who gave this order in the first place?

It was you actually

However, you do not remember, or to be more accurate YOU DO NOT WANT TO REMEMBER!

THIS EVENT THAT MARQUED YOUR LIFE

Now, let me take you back to when you were kid, you had 5 or 6 years old, and you were playing quietly with your Lego toys. You were happy. You were living the present moment and enjoying it. While giving off a big confidence in yourself.

Suddenly, daddy is home, looking frustrated, and his face show anger. Maybe he had a bad day at work because his boss threatened to fire him. Or maybe he did close the deal with a potential client.At this age, you don’t give a fuck! You just continue playing like it was nothing bother you, and you smile to your dad in such a peace

Its daddy and you love him so much. You are so happy to see him, and you cannot wait to show him what you accomplished with your Lego toys. You are pretty sure he will love it 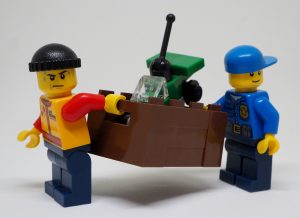 THE SECRETS OF CONFIDENCE:

Instead of smiling back, he star yelling at you, and ask you to go to your room immediately, because you are making so much noise.

You go to your room chocked, with tears in your eyes

At an age, where the intellectual analyze ability is still not as developed, you do not tell yourself: Daddy is unconsciously projecting his own frustration on me, or that he must have a bad day, or simply had a bad sense of humor.

Per contra, you think that daddy doesn’t want you to be happy & confident

In order to survive in your family, YOU need to be non confident & sad

This is the lesson you have learned today. It’s the message that you are about to receive. At least, that’s how you interpret it.

Also Read : Here are 5 things your father had to do to avoid a lack in your confidence

Starting from this day, confidence is becoming a real pain for you

So what do you do? You put it in the treasure so you can come-back another day, or maybe never. The secrets of confidence are somewhere there for your own good. You would need to survive in your family anyway, & being flexible. A kid had less chance to survive without his parents.

The problem is that you will be acting this way with everybody when you will become adult, because your father is like a connection for the external world.

Now, let’s go back to the hidden treasure

This treasure is full of negative emotions: frustration, fear, sadness, anger, pain is what we call “the shadow”, it’s where the secrets of confidence, & the origin of lack of confidence.

«The cave you fear to enter, hold the treasure you seek» Joseph Campbell

According to Carl Yung, the shadow is the unknown “dark and very deep side” of our personality – dark at the same time because it tends to consist mainly of primitive, negative, socially or religious human emotions and impulses. Belittled such as sexual lust, envy, anger or rage

Due to its unenlightened and completely obscured nature of consciousness, whatever our parents deem wrong or unacceptable (even if they were themselves wrong) and which we end up denying within ourselves becomes part of that shadow.

The counterpoint to what Jung called the persona or the conscious social ego lack. According to Jungian analyst Aniela Jaffe, shadow is “the sum of all personal and collective psychic elements which, due to their incompatibility with the chosen conscious attitude, are denied expression in life.” 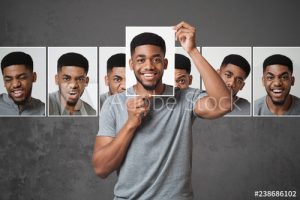 Most of us spend their adult life holding this heavy bag, on our shoulders, as David Deangelo said. They aren’t really aware of it however. Of course, the quality of our childhood-which Freud refers to as “destiny”- defines at which point this bag is heavy.

How do we need to deal with the “shadow” inside of us to get to the secrets of confidence ?

Many people fear destroying this false image of themselves, which they created. This is where the Ego intervenes. This is also, where THE RESISTANCE TO CHANGE is manifesting

The reason they have fear, is that they think that if they face the unacceptable, it will appear at the surface, & they will become it. The exact reverse is true: If you don’t face your own shadow, you become it, it will always be lived in one way or another, weather consciously or unconsciously without feeling you can control it…

For a longtime, I was terrified about digging inside myself. But it’s only the moment that I started to accept my own shadow, that I was able to liberate myself, and discover the secrets of confidence

The problem in leaving this in the past, is that the unresolved past in never really in the past.it constantly intrudes in the present, seeking some way to express itself unconsciously in the present moment, to ruin our social life, love life, & professional life, and prevent us from discovering the secrets of confidence

We would like to be able to resolve our problems quickly, easily, & painlessly. Sadly, this’s seldom impossible! Because in order to sense the flowers smell, we need first to go through the spin. Feeling bad yes, but for short term in order to feel good for long term

Are you ready now to take control of your life, to discover the treasure that you have inside you, are you ready to destroy all the obstacles that’s are stopping you from discovering the secrets of confidence ?