You are here: Home / Uncategorized / Here are 6 myths about confidence that you need to know

“ If you would be a real seeker after truth, it is necessary that at least once in your life you doubt, as far as possible, all things.”

You wanna know how you can become confident. But you don’t know where to start, don’t you !

First, let’s start with some sweeping: I will help you “sweep” from your brain from all the myths about confidence that you received. As soon as you’re done, you will discover the road to a radiant confidence.

MYTHE 1 ABOUT CONFIDENCE: CONFIDENCE IS DEPENDANT ON EXTERNAL FACTORS 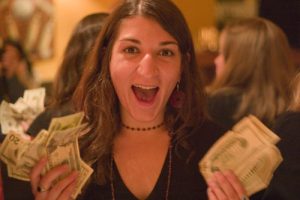 Here is on famous myth about confidence, which has been spreading for so long, weather through Medias, or society itself. Reality TV, fashion magazine, and movies are trying to diffuse the shame shitty message in a very subtle way, and you’re not even noticing it.

You need a Mercedes Benz, a Ferrari or a big Mansion in Beverly fucking Hills (or any material possession) in order to become confident.

You need to become rich, confident, good-looking/hot, or athletic/sexy to become confident

Wake-up, and stop being victim of whoever only want you to CONSOME OVER AND OVER!

Now, you may be wondering: If this is not the case then why this myth is so popular? The answer is simple; it is because this myth in particular make money. The more you believe in it, the more it generate income. Companies invest millions of Dollars because they know it will make them make more than they invested.

Confidence is independent from all those external factors.

MYTHE 2 ABOUT CONFIDENCE: THERE IS A CONFIDENCE GENE, EITHER YOU HAVE IT OR YOU DON’T. 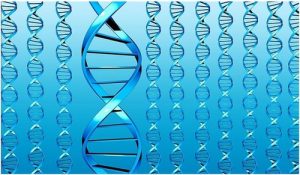 But sometimes, it’s exaggerated to the extent that it misleads the readers. This is the reason that some researchers from an university conclude that because some person who had yellow eyes showed less diabetic infection rate. Magazines will rush to put it in their headlines: genes that are responsible for brown hair are also anti-diabetique genes! This increase magazine sells in the past, and it generate clicks nowadays.

You would love to believe it, because you would love an excuse to not make any effort to change. After all, it was experts who concluded that overweight is genetic. And who am I to disagreed  with what scientists concluded….

As a Biologist (and I’m not saying this so you can consider me as an expert neither) I can assure you that a confidence gene doesn’t exist (at least not yet) and I doubt that they will ever find it.

It’s not because we didn’t discover it yet. It’s because the relationship between genes is so complicate to the extent that it’s difficult than an ADN sequence is responsible about certain behavior.

And I ‘m not denying the genetic factor by any mean, but this factor is only a factor between others socials, cultures, psychological .It’s even minimal and it does not make an OBSTACLE to change

Mythe 3 ABOUT CONFIDENCE: CONFIDENCE IS NOT SOMETHING NATUREL, WE NEED TO GAIN IT 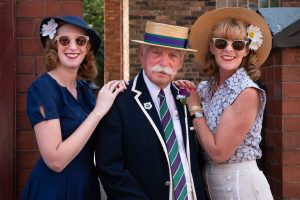 This’s one of the myths about confidence that will prevent you from becoming confident if you continue in believing in it. We are born confident. We do not become one. It’s the childhood painful events that create a lack of confidence in a early age: starting from 5 or 6 years, the age where we start to build our personality.

Read also : where does lack of self-confidence comes from ?

So please, stop believing you have no confidence. It’s already there, inside of you, all you need is to liberate it, through “getting ride” of the neural atatchements? Related to the pain, that prevents it from manifesting.

Keylife method, is an amazing method that will help you take-back this confidence, and easily free your potential

MYTHE 4: WHEN I BRAG, AND SHOW OFF ABOUT WHAT I HAVE, IT DOES SHOW CONFIDENCE

Do you remember that dude who used to park his new Ferrari, with his Rayban ? Sunglasses, and Gucci shirt, and who used to brag about his hot supermodel Girlfriend He did not stop bragging about it for hours, how annoying that dude was, right?

When women, see men who have the need to show off al the time about their materiel thing as being insecure. Ladies have this old joke about men who drive sports cars compensating for certain shortcomings.

A person who is confidence DOES NOT NEED TO SHOW IT. It’s like someone who has black eyes, and is telling everyone he meet he has them and even bragging about it.  You would think this dude either don’t believe he has them, or he overcome the fact that they are simply contact lens

When it’s come to the character it’s the same concept apply.

According to a study, behavioral geneticist Corina Greven of King School in London and her colleague, and Robert Plomin of the Institute of Psychiatry concluded children’s self-perceptions of their abilities predict their school achievement even after one accounts for their tested cognitive ability, they concluded the same thing for athletes.

Success require three things: Know-how, expertise, and knowledge. You need to give the same amount of time and energy for each one in order to achieve what you want.

And most of the time, know-how is even more important than the other two.

MYTH 6: WORKING ON BODY-LANGUAGE ENABLE US TO HAVE CONFIDENCE

When I become interested in self-improvement, I was very interested by the topic of body language. I wanted to do everything I could to have an amazing one! I was thinking since 93% of communication is nonverbal, the key would be to dominate these parts that constitute the majority of a communication. Logical isn’t?

I started to consume anything that has to do with body language. I fall into the idea that if I try to imitate the body language of someone who is confident, I will become myself someone confident.

It didn’t work. And you know why?

Because it’s was an incongruence. My inside was not compatible with my outside. That’s why

Work on your confidence, and everything else will become naturel

Now, you not only know very well, those myths that many people believe about confidence. Also the reason they are considered myths? You can then take your real change path with certainty?

Which one of those myths about confidence you found out that you fall into? Let-us know in the comment section below!