You are here: Home / Uncategorized / How to develop your intuition? 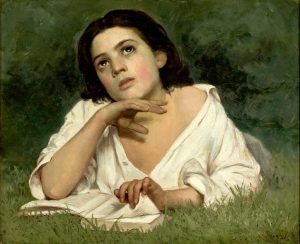 “I believe in intuition and inspiration…sometimes I feel like I’m right. I do not know that I am.” Albert Einstein

One April morning in 2001, Jean-Philippe Martin, a very polite and well-dressed 16 year old, came close to Marie, at Neuilly, in Paris, France. His car broke down. He asked Marie to drive him to Paris. Suddenly, Marie had a weird feeling without being able to explain….

After Jean-Philippe left, Marie noted J.P.’s license plate, called the police,  and asked them to look it up. Thanks to Marie’s call, the police discovered that J.P’s mom had been beaten up and killed in her bathtub. Later, she was found in her car. J.P. was accused of first degree murder.

How do we explain Marie’s intuition? A mysterious and magic ability to understand some social situations, and even predict the future without being able to explain. A feeling? An inner voice? A 6th sense?

For German philosopher Schopenhauer, it’s « the hallmark of the genius », while for, Albert Einstein « The intuitive mind is a sacred gift and the rational mind is a faithful servant ». For Carl Jung intuition is “perception via the unconscious”

WHAT’S THE SECRET BEHIND IT?

If you want to develop your intuition, you need to understand its origin.

I wanna tell you a secret…

Neither are we talking about the intuition that we develop based on experience, expertise, or knowledge in a specific field.

I’m talking about something totally different. Something that I’m pretty sure you already share with everyone on this planet, without being aware that it exists.

I’m speaking about this voice within you, which continues to speak to you without using words.

Yet, I know that some of you will say, “I almost never hear this voice that you’re talking about. Thus, I rarely have this intuition.”

It’s not that. The voice is there. YOU JUST DON’T WANNA HEAR IT!

But before you try to look for reasons why I’m wrong, let me explain!

It’s because this voice scares you. You value listening to what you call “logic” rather than intuition. But most of the time, what you think is “logic” is nothing but a fear of losing the approval of others. An extreme social proof. Or an allergy to spirituality without knowing the exact reason why. Your excuse, “I believe solely in science” or “I believe in what I see, and hear.”

Now, I will tell you the secret…

The secret of intuition is the true self, the inner-child, the source, the profound self, or what Emmet Fox called the miracle kid. 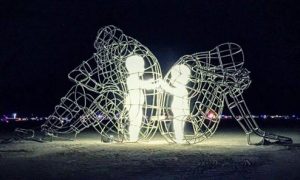 Some of you may wonder, what is the inner-child? Is it this childlike behavior within us we mask because a fear of not appearing matures enough? A desire to play which we suppress because it may embarrass or irritate other people?

If anything, the desire to play, watch cartoons or animation movies aren’t proofs of the presence of the inner-child in you. It’s the proof that this inner-child needs to be liberated to achieve your desired results in life. We feel the need to live out our childhood in direct proportion to how much we didn’t live it when we were actually a child.

“Every child is an artist. The problem is how to remain an artist once he grows up” Pablo Picasso

This inner-child, is the true YOU, behind all those social masks, those “PERSONAS”!

And since it’s you, the inner-child is very sensitive to REJECTION, and HURT, especially the ones related to the people who are supposed to be the closest to you, your parents.

Can the child within my heart rise above?

Can I sail through the changin’ ocean tides?

Can I handle the seasons of my life?

Can the child within my heart rise above?

Can I sail through the changin’ ocean tides?

Can I handle the seasons of my life?

Your true-self is related to your instinct. It’s designed for you to survive and replicate.

The true self doesn’t appear on the surface because it is in the subconscious. It’s the false-self that appears and tries to control your life. It works if you want to survive as a kid. Dr. Amina Bargach says this is especially true for a family that isn’t psychologically reliable.

But it doesn’t work for you as an adult. Because it is not real. It’s just a defense mechanism against pain.

Our true-self is spontaneous, honest, lovable, and sociable. It accepts itself and others. It is responsible for defining your path in life. It’s not afraid of expressing itself (try to observe a 4 year old kid and you will know what I’m talking about!). It encourages self-improvement and embraces spirituality.

The inner-child loves to express itself, and to have fun. It doesn’t care about what other people think. It doesn’t look for the approval and attention of others. It looks for its own happiness!

It’s the source of intuition, because it doesn’t analyze, it feels…

So what are you looking for? Hurry-up and start liberating your true-self!

If you like this article, please leave a comment in the « leave comments » section below, thanks and talk soon.