You are here: Home / Uncategorized / How to Conquer Stress ?

“Excessive stress.” “You have anxiety disorder”.

So here you are, I just described my old ‘psychological diagnosis’ more than 10 years ago. That’s right! I was where you are now.

Nevertheless, I succeeded in overcoming these disorder without using any medication (after two long years of medication). Now, it’s just a distant memory…

HOW DID I CONQUER STRESS?

First, we need to understand that stress and anxiety are ONLY SIGNS OF A LARGER PROBLEM. If we continue dealing with symptoms, while ignoring the real issue then it will continue to persist. Any solution will solely be short term.

So the real question is: why do we feel stressed?

One of my favorite novels of all time is “Fight-Club” by Chuck Palahniuk. There’s a movie based on this book. The director is David Fencher. The leading actors are Edward Norton and Brad Pitt. I highly recommend the movie and the book for men who want to understand masculinity, and what it means to be a man.

In the novel, we have two main characters.

The narrator: an average ‘Jack’ is exactly what society (and mom) wants him to be. He is a cultivated, educated boy. He has an ordinary 9-5 job that he hates – a typical Wagie Wojak. We won’t remember this ‘nice guy’s name in few years.

He suffers from chronic insomnia, a depressive attitude and suicidal tendencies that intensify every time he takes a flight. He spends time in support groups for dying people just to familiarize himself with death.
On one of his business trips, he meets Tyler Durden.

Tyler Durden, played by Brad Pitt is a sharp contrast to the narrator. He is very charismatic, confident, an asshole, rebellious, funny and cool at the same time. He is what you would call an alpha male. He doesn’t give a fuck about what other people think about him! Someone that women lust over and men dream of becoming!

When Jack he returns to his ‘comfy’ home, he discovers that his apartment has been completed shattered as a result of an unknown explosion. Now, that he’s homeless, he calls Tyler (sadly he’s the closest thing to a friend) to ask him if I can stay with him for the night.

They met at a bar. While he was whining and complaining about all the pieces of furniture (which he taught they made his life perfect) that were destroyed after the explosion, Tyler shockingly responded: 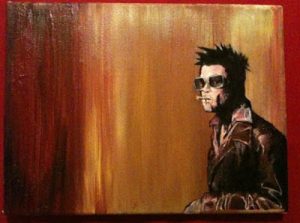 According to The American Institute of Stress:

77 percent of people feel stress that affects their physical health

73 percent of people experience stress that impacts their mental health

74% of UK adults have felt so stressed at some point over the last year they felt overwhelmed or unable to cope.

For many people, life is about having the latest model car, and a bigger house than their neighbor. While their kids are playing in serenity and peace, and enjoying their present moment, their parents are trying to brag and show off (even if it is not through words). Men brag about their Mercedes Benz while women boast about their Luis Vuitton shoes.

Is our own value really based on who we are, or what we have?

In fact, the answer is very simple. There is nothing philosophical about it. A 4-year-old kid may not have the intellectual capacity to assimilate and then answer this question. However, you will know the answer based on his actions in everyday life.

He will act naturally based on the inherent value his identity represents as a BEING, while an adult will act as if his value is what he has/owns.

Take a look here at the common causes of the stress at work :

Being unhappy in your job

Having a heavy workload

Having poor management, unclear expectations of your work, or no say in the decision-making process

Being insecure about your chance for advancement or risk of being fired.

Having to give speeches in front of colleagues

What did you notice ?

There’s actually a word hiding behind all of this, maybe it’s a totally new word for you: V-A-L-I-D-A-T-I-O-N

Validation, in other words, the approval of others. We are so obsessed with it that we don’t even ask ourselves if we are doing what really makes us happy! Is this really what I want it for my true-self, my source? We aren’t even conscious of this question.

“It’s the only reason you get up in the morning, the only reason you suffer the shitty boss, the blood, the sweat and the tears. This is because you want people to know how good, attractive, generous, funny, wild and clever you really are. “Fear or revere me, but please think I’m special.” We share an addiction. We’re « approval junkies » from the movie « The revolver ».

However, validation isn’t always negative. On the contrary, it’s essential for our survival (social validation) and replication (sexual/romantic validation). Both are even good for your health. 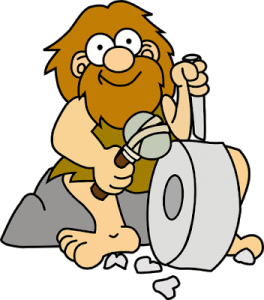 10.000 years ago, a human had less chances of survival living alone than he did in a tribe. Which explains why we are afraid of social rejection It can hurt us deeply on every level.

There was a study conducted by ???????? that proved that some regions in our brain are activated when other people don’t share the same opinion as us. Especially when they are expert in the field or at least we consider them to be.
That is, we have this natural part in us which longs for validation. It is even beneficial for our health. In addition to make being “validated” normal. It is related to our inner-child.

However, there is also a irrational dark side to validation/approval-a profound and hidden side in our subconscious. For example, you feel like s*** when you are judged. You follow a career just because your friends and family say it’s good. You suffer from a burn-out because you want to please a boss who doesn’t give a damn!

The problem is that many social medias companies are taking advantage of this. According to Tristian Harris, an ex-Google employee,Google, Facebook, Instagram, and Twitter hook us by delivering what I call “validation rewards.” : messages, photos, and “likes” appear on no set schedule, so we check for them compulsively, never sure when we’ll receive it. This’s the dark-side of the industry, which made him leave the company, and create his own movement.

NOW, WHERE DOES THIS IRRATIONAL CRAVING FOR VALIDATION CAME FROM?

There is a very simple rule in psychology that states: One tries to fill the internal void by external fulfillment. If it’s not conscious, then it’s subconscious.

When we grow up, we look for love, happiness, social validation and other essential needs that were not fulfilled during our childhood and teenage years. However, we need to search for it within…not somewhere else.

The first realization that came to me when I reconciled with my father was: I do not need to prove myself anymore!