You are here: Home / Uncategorized / Here is the only person in the world who holds the key to your door of confidence

What would your reaction be, if I informed you that there is only one person in the whole world who holds the key to your door of confidence?

Whether or not it’s about the influence of a person who was present or absent in your life!

Whether or not it is about succeeding in creating a startup, hosting a party, or inviting your crush to a date!

This person is your DAD !

Well, not at all…

In this article, we will first start by explaining why your father is the only person in the world who has the key to your confidence. Later, we will explain all the roles your father played- not only in shaping your confidence but also your personality as a whole, and as it is today.

You may choose to ignore this role or not admit it to yourself. Chances are this will not change the truth. He does indeed have this key in his pocket, and he may not know it neither!

1.THE LAWGIVER AND KEY TO YOUR DOOR OF CONFIDENCE : 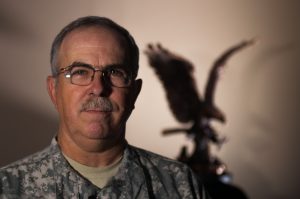 The first role the father plays, is that of the lawgiver.

This role is of primary importance to the child between age six and age twelve.

One of the things a father needs to model for his family is the ability to approach life with competence and confidence.

How does he handle problems that confront the family?

Can he deal with each child fairly and respectfully?

Does he act with integrity and high moral standards?

Will he always respect them no matter what? Or as an 8 year old would say,”Will daddy always be a “superhero”

Both sons and daughters want to know that their father is there for them.That he is someone who they can count on.

The lawgiver can easily cross the line and become a tyrant if he abuses his power. On the other hand, he can retreat into silent detachment, and let a dominating mother controle the home.

Lawgivers seem to have the hardest time integrating the nurturing role into their approach. Without that counterbalance, however, their children will often grow up dealing with a big FEAR OF CONFLICT. They will be incapable of making decisions on their own. If this is your case, then resolving this issue is the key to your door of confidence.

One of the consequences of not integrating a nurturing role may also be the lack of confidence, and a fear, or even hate of anything that had to do with what represent authority-rebillion against: teachers, bosses, police, government…

PROTECTOR/WARRIOR AND KEY TO YOUR DOOR OF CONFIDENCE :

The second role the father plays, is that of a protector also called warrior.

The role of the protector/warrior is most important to children between age twelve and age eighteen.

At this stage, a father needs to know how to fight for his children in two ways:

First, he needs to stand with them, fighting on their side as it were, confronting the confusing and frustrating changes that threaten both of them. Second, he needs to fight against forces that try to draw his children away from or even place them in opposition to himself.

A father must stay INVOLVED with his children. Can he let his relationship with his daughter evolve as she changes from a little girl into a young woman? Can he give his son room to become a real man?

Is he going to help them become mature and confident so they can interact with the external world?

At the heart of the warrior’s role is the father’s ability to be aggressive. The father-warrior will channel his aggressiveness with his children so that he can actively engage and challenge them (without always needing to win). He can take pleasure when his children master new skills-even when they surpass him.

Many fathers fail in the warrior role because their entire aggressiveness is channeled into their work, leaving little time or energy for their children. Others continue to challenge their children long after the ‘battle’ is considered over.

THE NURTURER AND THE KEY TO YOUR DOOR OF CONFIDENCE : 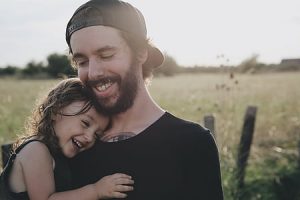 The third role the father plays, is that of the nurturer.

This role is of primary importance to the child between age 4 and age 10.

When I ask my clients if they remember the compliments their dad use to give them, their first reaction (which is most-likely an excuse coming from their shadow) is, “I don’t remember!” However, the problem is that, the nurturing aspect of our childhood is so important that one caring event- even if it was once in a life time, we would never forget it!

A father has to constantly show his daughter/son that he loves him/her. That his son or daughter is handsome/beautiful, intelligent, funny or simply special. And he does not have to do anything to prove it!

Many fathers have a hard time praising their kids. Their excuse is that this is uniquely the mother’s role (especially in traditional societies) WHICH IS NOT TRUE AT ALL.

One of my clients told me the story of how his father used to make up for the love he never showed him by buying him stuff – the latest video-game console. As a result, he developed an addiction to video games. Self-medication was intended to make up for this extreme lack of nurturing.

Kids need to feel that daddy loves them, appreciates them, encourages them, and more importantly they need to feel special in his eyes!

A kid needs to feel that any time he struggles with something, he can count on his dad to listen and talk, with no judgment. No unwanted advice. Many kids confide in their moms. Especially girls. They’ve learned that a father’s job is to PUNISH!

A father who expresses his emotions (weather positive or negatives) in front of his kid is vulnerable. He’s a HUMAN! This encourages his kids to express them too.

Consequently, the kid feels SECURE. He also feels valued by his father. When he grows up, he will not feel this urgent need to seek the validation of anything that walks, since he isn’t confused about his identity.

However, a father who does not go beyond nurturing is often incapable of setting clear boundaries with his children. When they do wrong, he is eager to understand. He is usually unwilling to confront them when they transgress his limits, therefore, he is not a strong leader for his kids.

Often, a dominate mother will gravitate towards the disciplinarian’s role. The nurturing father has issues with the ‘lawgiving role’ that he needs to develop. 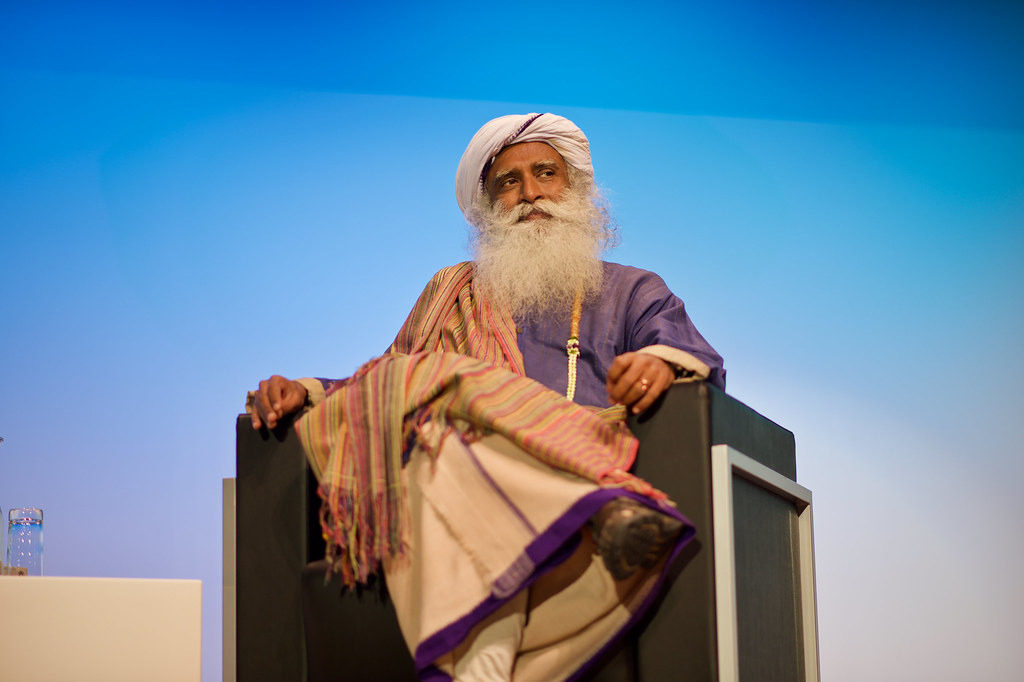 The last role the father plays, is that of the spiritual mentor.

The role of the spiritual mentor is of utmost importance to the older child as he/she moves into adulthood.

In the Islamic religion, the ‘father’s blessing’ is very valuable to Muslim people because the father’s blessing is a signifier of one’s transition from childhood to adulthood. In fact, the initiation of adolescence males is one of the most highly structured and widespread rituals in the world;initiation rites are intended to mark a boy’s official separation from his mother and his new status as a man. in many regions of the world, there are many rituals for the shift into the adult phase of life. Here’s males rites of passages from around the world.

While we transit into adulthood, it is important to feel that we are mature and able to make our own decisions. We must feel that we are responsible for our own choices in life. A father needs to communicate this message:

“Son, you are no longer a child. You are an adult now.”

Nowadays, parents have ‘trouble’ letting go of their children. They find it difficult to allow them to become individuals in their own right. Their son/daughter is already the CEO of a company, and they continue judging, criticizing, giving their opinion, their advice, influencing their choice of career, significant other, course of study, clothing style, friends, and even hobbies. Fathers often interfere without even being asked to in the first place!

These actions lead the son/daughter to feel that not only do they have to to defend their choice in life each time, (in other words, their transition into adulthood) but that they also DON’T HAVE THE PERMISSION TO BECOME A REAL ADULT. Even though, they are already becoming one.

Listen to the song ‘Perfect’ by the Canadian pop-rock band Simple Plan. It talks about the type of conflict which occurs between a father and son/daughter. Here’s another song ‘Institutionalized’ by the American hardcore punk band Suicidal Tendencies. The song explains the roots and possible results of this kind of conflict.

He needs to address some new questions:

Can he be open and vulnerable with his children now that they are nearly adults?
Can he admit that he doesn’t have all the answers to life?
Can he listen to his children’s questions and simply share his wisdom rather than try to impose his will?

The answers to these questions will define this role.

« Your children are not your children.
They are the sons and daughters of life’s longing for itself
You may give them your love but not your thoughts.
For they have their own thoughts.
You may house their bodies but not their souls
For their souls dwell in the house of tomorrow »

Since a perfect human being does not exist, a perfect father doesn’t exist neither! No father has ever been perfect at performing all four roles at all times. Every father will almost certainly have one role that is dominant. This role is the one that he feels most comfortable with according to his personality type.

Any approach that doesn’t take into consideration the consequences of a lack of confidence that stems from the father’s roles, would not allow you to overcome this obstacle. The Keylife approach allows you to make up for this lack.It allows you to take back the key to your door of confidence.

Now tell me in a comment, what was the dominant role of your father? And which role was less present?