You are here: Home / Blog / 5 things your father had to do to avoid a lack in your self-confidence

The topic of the mother’s role in a kid’s education has been widely discussed. However, we don’t talk as much about the role of a father, even though it’s also important.

We usually speak about the issue of a lack of confidence. However, we rarely discuss where that comes from, who’s truly responsible, and how to identify it.

1. YOUR FATHER DIDN’T GIVE YOU ENOUGH COMPLIMENTS: 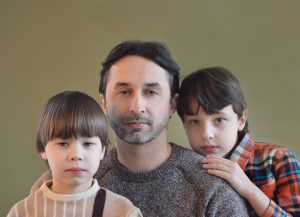 This key information radically changed my life. It was the beginning. It was the aha moment – the moment I opened my eyes for real. At this moment, I finally understood that without being aware of it, all events are connected in one way or another as Dr.Wayne Dyer said.

This key-event occurred the moment I heard this fact.

I heard it from the mouth of a friend that I was trying to help. We were working on bettering himself. I noticed each time I worked with him, I had the feeling I was bumping my head against a wall. He had achieved a few milestones in his self-improvement but too little compared to what he ought to have achieved by the set time-frames. In reality, my friend was somehow a reflection of what I was avoiding to see in myself. I guess it was my good karma for helping him.

He was my MIROR…

I would never forget this hint, that he himself read it in a book. It rung in my head. I was the teacher who was learning from the student. It was the beginning…

« I just learned that the origin of lack of confidence comes from a lack of compliments from the father. I realized that my father never complimented me when I was kid ».

Those were my friend’s own words. Thank you, Fahde.

Compliments do not need a reason or an excuse to be given. They need to be honest, sincere, and come from the heart. Kids know when it’s not.

We need to hear them from our father. Compliments should not be given for what you accomplish rather; they should be given for who you are- not because you did well in school, or you were a good boy/girl.

Don’t get me wrong, there’s nothing wrong with complimenting achievement. But it should never be a condition to value, appreciate and praise a child.

Compliments should be INDEPENDANT OF EXTERNAL FACTORS. As a result, your confidence becomes independent as well.

2. YOUR DAD DID NOT SHOW YOU ENOUGH LOVE : 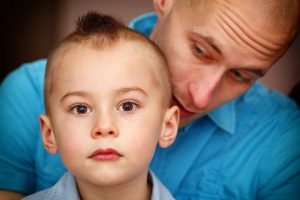 I know, I know, that was not the case for you. When you were kid, dad used to offer you toys occasionally. He used to take the family to pic-nics everytime the weather was nice, and he never forgot your birthday cake. However, when I talk about love this is not what I’m referring to…

Not only are all those things insufficient, but a kid might have an impression that his daddy is trying to “buy” his love. Kids are smarter than we think. We can never compare what is materiel to what is intangible. Now, I’m not saying that buying gifts is a bad idea. I’m just saying that it should be secondary need according to the priorities related to child rearing.

How should love be expressed then?

It’s widely agreed upon that constantly saying ‘I love you’ to a kid is the best way to express it. Keep in mind that saying I love you because you are a good boy/girl, is not valid. Parents need to express an unconditional love. However, love can be expressed without words. How? By giving hugs, kisses, playing, smiles, saying he appreciates you, admire you, and that you’re the best son/daughter in the world. That you will do great things in life.

Here is a funny example of the Rock trying to teach his little daughter positive self-affirmations.
Read also :

One of my clients told me: “When I was kid, I wished that instead of offering me all those gifs, my dad had just taken me into his arms, and told me I love you.” I bet you wished the same thing.

3. YOUR FATHER JUDGED YOU TOO MUCH: 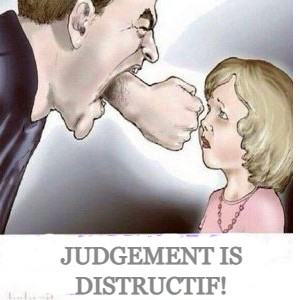 I have explained why we have so much fear of judgment in another article. I wrote about how we feel defensive, and on guard every time we feel judged (and it hurts too). From an evolutionary-psychology perspective, judgment is considered a possibility of rejection from the social tribe.

10,000 years ago, if we were rejected from the tribe, our chance of surviving decreased tremendously, especially for women. It used to be harder for them to defend themselves. This is the reason why they are more sensitive to judgment than men. Needless to say, judgment is a WEAPON OF MASS DISTRUCTION WHEN IT COMES TO A KID’S SELF-ESTEEM. Judgement has negative affect that continue throughout the rest of his/her life…

A kid is like the snow. You can make a very cute snowman from it. You can also make a monster! Judgment is an expression of negative energy. The closer the person whom judges us, the more it hurts.

Sometimes, as adults, we are surprised when we find ourselves repeating the same put-downs we heard from our parents as kids. Their opinions about us become BELIEFS. If your father tells you, you are a loser, you grow up believing that you really are.

In the US alone, one of five children lives in fatherless homes. In Canada, one in seven children do.

It is very hard to maintain self-confidence when you never knew your father who may have passed away while you were young. You lose what could have been a great resource for your self-confidence; love, compliments and guidance. However, if he abandoned you, then it is even worse because you believed that something is wrong with you. If daddy left, then as a kid, you believe it’s your fault. How can you become confident, if the person who’s supposed to be closest to you rejected you?

Listen to this song “Father of mine“, by Everclear, which talk about father absence.

Nonetheless, he could have rejected us while having been physically present at home as well.

Our father fled into the woods, or the taverns of their work. They sought refuge in their cars, TV programs, radio and newspaper to avoid speaking, and interacting with us. As kids, we saw them as very hurtful means of punishment; it is what Guy Corneau calls the law of silence. This silence haunted us and elicited our guilt when we grew up.

This silence has made us suffer …in silence.

Likewise, we now assist in new means of punishment, which are even more ‘effective’ thanks to new technologies: laptops, iPads, smart phones, tablets, and smart boards.

We all need a father who listens (active listening) which is one of the seven habits of highly effective people according to Stephen Covey. No judgment. No criticizing. A father who is involved with his kids is actively engaged in communication both talking and listening.

When we become teenagers, we needed a friend, not only a father, not the one who gave us directives and orders. The problem of many fathers is that they continue to play that role. Which create continuous conflict with their son. Therefore, it push them away even more.

5. HE ABUSED YOU PHYSICALY : 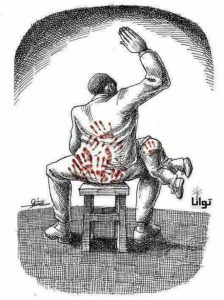 Violence towards kids is the worst way to treat them. It not only leaves physical scares, but they also leave psychological ones that don’t erase so easily.

Nothing excuses the use of violence. Which will influence a kid’s self-confidence, as well as create an individual who is usually afraid of making decisions, terrified of conflicts, and scared of living life. Physical abuse primes him/her to seek out death in all aspect of his/her being later in life- ‘the death of the mind, the heart and the body’.

Sometimes, this fear can manifest itself as an extreme violence toward society. A rebellious person who always tries to defy anything that represents authority has a vendetta. He/she is someone who perceives every individual as a threat because of the way he/she grew up. That child who’s now turning into an adult views attack as the best means for defense because that was his/her reactionary instant to physical abuse.

The worst kind of shadow is the one that results from physical abuse. Physically abusive parents are considered the worst type of parents. Their presence can be considered worse than their absence. Physical abuse from the parents wreaks havoc on the son’s/daughter’s self-confidence.

Even when it’s minimal, violence will always have negative consequences on our personality.

I know what you are thinking; we cannot change anything if we accept this reality. This is not true at all! The father image is present in our subconscious, our shadow. For many of us, this image is still untouched even if our father changes toward us. We have a really hard time connecting to them, because we always see them with this image not

the reality. We see them with our 8-year-old eyes, or our 14-year-old teenager eyes.

We have scares we need to heal, and we can heal, if we seek out the ‘mystical oil’ which will seal the source of our wounds.

I’m here to help you find this mystical oil…