You are here: Home / Blog / Here are 5 good Reasons to Becoming a Leader 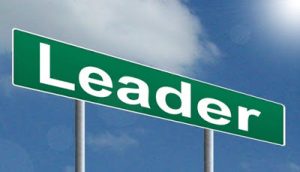 Many people don’t find enough motivation to becoming a leader: They think that it won’t produce many results in their start-up and their life in general, and consequently, they are not motivated enough. I personally resisted embracing leadership for a long time before I discovered its benefits.

This article will introduce you to the reasons why becoming a leader will not only lead to improve your start-up, but will also improve the quality of your life in incredible ways.

1. We play the role of a “Leader” without even being aware of it:

Each of us has without a doubt been in a situation where he has had to be leader – a father, a husband, a boss, and even a president of an association. These are all situations where we are leaders without being aware of it. You have nothing to lose. In fact, the opposite is true and you will likely see big improvements: A more solid father-son relationship, a successful work team with great loyalty, increased membership and involvement in a local community group, etc.

Also read : 5 qualities you need to have to become a leader

Or imagine you organize a party and everyone is having a good time and feeling confortable thanks to you. Aren’t you tempted?

2. Becoming a leader is essential in the professional world: 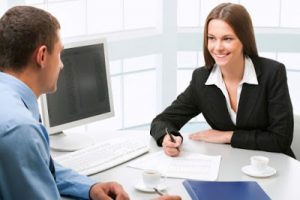 Leadership is one of the qualities that will help you be successful very quickly in the professional world. Conversely, what you’ve being told about getting good grade in school is not what’s going to help you stand out among 300 people who applied for a single job. Believe me, the day of the interview you will be noticed the moment you shake hands with your potential future boss.

Even if you already have a job, you must be looking for a better one, a promotion, or just to improve the quality of your work. The most successful people in work are the ones who know how to work in a team, how to “guide” rather than force. The best people know how to deal with challenges and look for fast solutions, how to be OK with feeling negative emotions while knowing how to control them when everyone else is panicking.*

In the world of entrepreneurship, known for its fierce competition, it’s very difficult to succeed if you are not a true leader, not someone who serve as a role model for his team, and is a source of trust for his customers.

3. Becoming a leader is good for health!

A leader is someone who does not depend on the opinions of other people. He’s looking for his own happiness, and he could even help others to look for their own happiness. He arrived at a level where he has a clear vision of how he wants his future to be, and he has the motivation to make his dream come true. What matter to him the most is to being happy. This is the greatest prevention against depression. Plus, a true leader takes great care of both his mental and physical health.

4. Being a leader is an innate character: 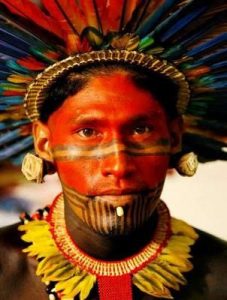 We are born as a leader, and we never lose it!

It’s the experiences in childhood, particularly painful events, that causes us to distance ourselves from our innate leadership. Luckily, we can reclaim it easily, because it is still in us and never went anywhere. By returning to this innate state we reconnect to our inner-child or true self, the source of leadership.

The fact that the human race still exist today is thanks to the tribal leader which allowed our ancestors to survive (maybe one of them was your ancestor!). At a very difficult time, known as the Prehistoric era, when there was no police and no army to protect us. Being a member of a tribe was the only way to help us survive such incredible and hard conditions. This is evidence that being a leader is deeply embedded in our survival genes.

5. The world needs you to becoming a leader:

The world of today still needs more true leaders, not more followers. Don’t stand there waiting for one to come to lead you. WHY DON’T YOU BECOME ONE! Leaders have changed history forever; to the extent that world as we know would never be the same if they didn’t exist. Think about Martin Luther King, Malcolm X, Nelson Mandela, Gandhi. Think about Buddha, and think about the prophets of religion: Jesus, Moses and Mohamed.

Here’s 5 characteristics of one of the most interesting leaders in the digital world,Elon Musk, who founded PayPal, Tesla and Space X.

You are not going to becoming a leader sitting on the couch watching stupid reality TV, and dreaming to become a rockstar but by taking action.

It’s what make us feel alive; make us sleep well at night, by creating a difference in other people’s lives. This is what it means to be a leader.

Now, you know pretty well why you need to becoming a leader. I hope this article was motivating, but remember that motivation come from inside you. After that everything becomes very simple and obstacles become life lessons and feed-back.

If you don’t agree with one of the reasons, or have another one, or you just want to enrich the discussion, don’t hesitate to write in the comments section below!